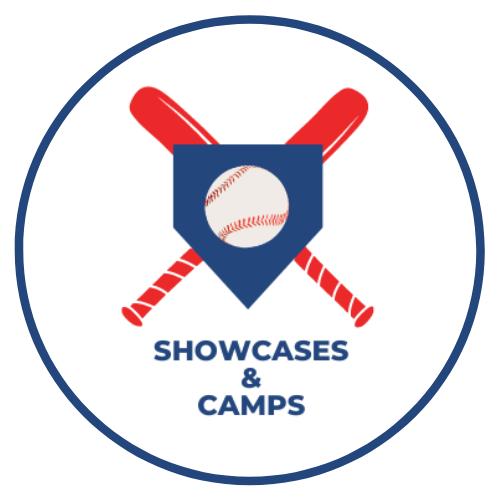 Florida Diamond Recruiting Services Showcases and Camps is a division of Florida Diamond Recruiting Services, which is a full service college recruiting and consulting service for high school baseball players founded by Mike Silvestri.
Our Showcase and Camp division is founded and run by Mike Silvestri and Chris Roque. The idea for both divisions was born out of the necessity to bring experienced and networked baseball people together to help and assist high school baseball players and their families navigate the college baseball recruiting process.

Mike Silvestri has been in baseball for over 30 years. A former High School Head Coach and College Head Coach in the South Florida area. He has developed and coached over 20 MLB draft picks on his nationally ranked teams. Mike has been a MLB baseball scout for over 20 years with numerous teams. A 2002 World Series Champion with the Angels, while in his role as an East Coast Crosschecker with the Angels, he was an integral part of the drafting and signing of Mike Trout. With well over 20 MLB signings, some names of recent note include, 10 year veteran and recently retired Sean Rodríguez, NY Mets Luis Guillorme and Tomas Nido, Houston Astros World Series Champion Martin Maldonado, along with being part of the International signing of 2022 All Star Andres Gimenez of the Cleveland Guardians. Mike is currently in his 21st year and counting as a MLB Scout, including 4 years as a Latin American Scouting Director, while spending the last 10 on the International side. With his three decades and counting, Mike brings a vast amount of experience, credibility, and networking skills to the players he assists.

Chris Roque is a former high school and college baseball player from South Florida. A two time MLB draft pick, one as a 3B, and one as a pitcher, Chris brings a wealth of knowledge of the game with him. Chris has spent time as a high school coach in South Florida, as well as a MLB pitching coach for the Atlanta Braves. Chris also coached the Covington Lumber Jacks to the 2011 Collegiate Valley League Summer Championship. He has also coached and help develop numerous MLB players including Romy Gonzalez of the Chicago White Sox. While spending time as a Atlanta Braves Minor League Pitching Coach, he also helped develop current MLB pitchers Bryce Wilson, Ian Anderson, and Kyle Muller. A 2021 World Series Champion, he has most recently moved over to the International Scouting side and is currently in his 6th year and counting as an International Crosschecker. Chris’ champion pedigree, along with his experience and credibility within both the collegiate and pro baseball communities are invaluable resources for the players he comes in contact with.