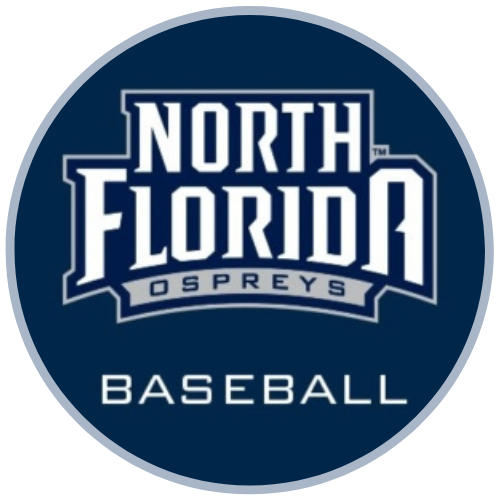 Campus Tour for both sessions 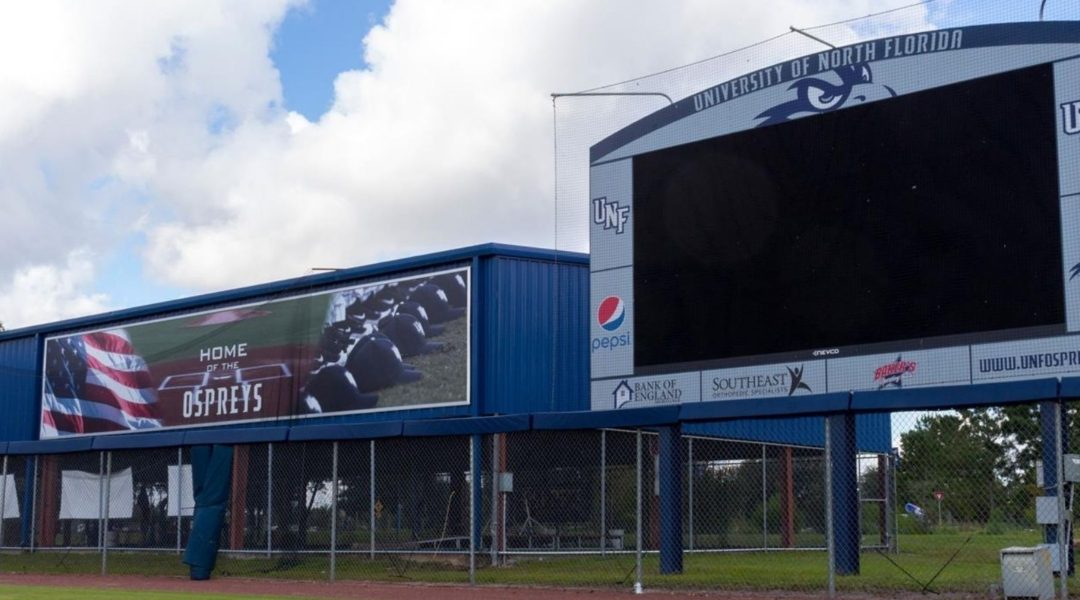 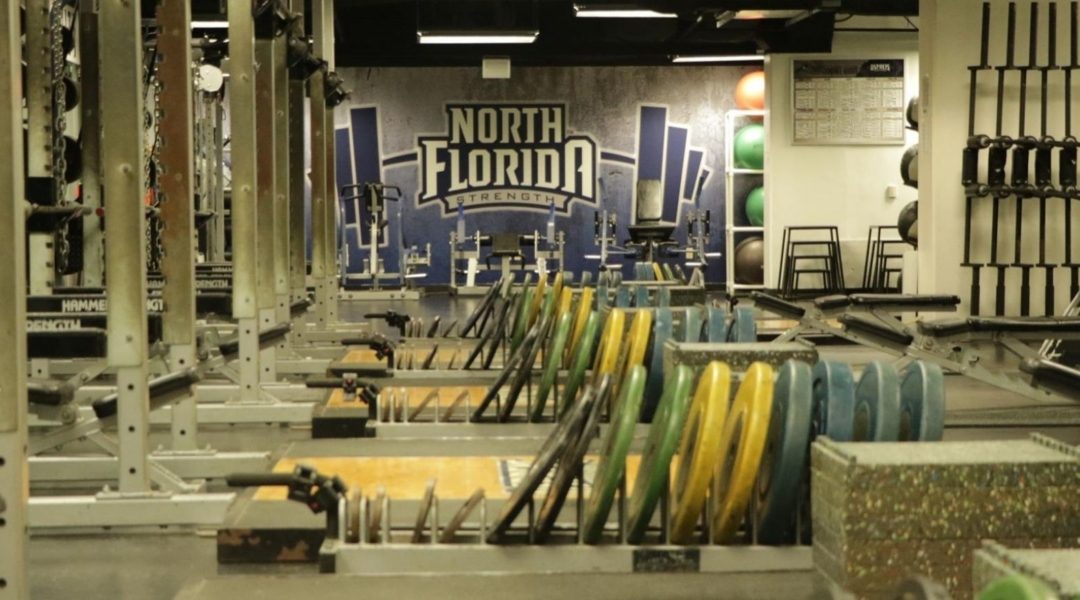 In Minor League Ball
Parenton, who served as an assistant coach at North Florida from 2010-13, returned to the Ospreys following a three-year stint as the manager of the Hudson Valley Renegades, the Short Season-A team affiliate in the New York Penn League for the Tampa Bay Rays.

As the manager for the Renegades, Parenton guided the squad to a pair of Division titles in 2014 and 2016, while finishing runner-up in the Penn League last summer. In addition, he also coordinated the Rays’ extended spring training program in Port Charlotte, Fla.

First Stint at UNF
During his first stint at UNF, Parenton helped recruit and develop several standout performers including Alex Bacon, Shane Kennedy and Tyler Moore, who all garnered Freshman All-American honors and ASUN All-Freshman accolades. Bacon also earned the ASUN Freshman of the Year award. The Ospreys also enjoyed other milestones with Parenton on staff including a 10-5 victory over No. 1-ranked Florida in 2012 and a No. 23 ranking in the College Baseball Daily Mid-Major Top 25 poll.

Prior to his first stint with the Ospreys, Parenton spent three seasons as the head coach Jesuit High School in New Orleans (2007-09), his prep alma mater. He guided the Blue Jays to three consecutive state tournament appearances and a pair of American Legion playoff runs. His coaching ledger with Jesuit featured a runner-up and two quarterfinal finishes in the state tournament while also collecting an American Legion state championship.

At the University of Florida
Parenton took the break from college baseball following a three-year tenure as an assistant coach at the University of Florida from 2004-2006. During his time at UF, the Gators claimed the 2005 SEC title and also advanced to the College World Series, finishing second in the nation. As the club’s hitting coach, he oversaw an offense that finished among the program’s top all-time leaders in total bases, hits, runs, RBIs, walks and home runs. Florida made two NCAA Regional and Super Regional appearances during his time in Gainesville.

Head Coach – Samford University
As the head coach at Samford University from 1998-2003, Parenton was named the 2004 OVC Coach of the Year and also led the Bulldogs to conference tournament appearances in both the OVC (2004) and ASUN (2002). He oversaw a $1,000,000 renovation project at Samford for the baseball stadium and had over a 90 percent graduation rate with 51 academic all-conference honorees during his seven-year tenure.

Sun Belt, Colonial and SEC
Before taking over his own program, Parenton also worked two successful seasons at Mississippi State (1996-97), helping lead MSU to a pair of NCAA Regional berths along with a trip to the 1997 College World Series. He began his collegiate coaching career as an assistant coach at Old Dominon (1990-95), where he was part of a 188-97 record in five seasons. ODU snared back-to-back Colonial Athletic Conference crowns in 1994 and 1995 while advancing to NCAA Regional play. He was also part of an ODU runner-up finish in the Sun Belt Conference (1991).

Personal and Playing Experience
Along with his extensive coaching career, Parenton was a two-sport letterwinner in football and baseball at Mississippi State University. He helped the Bulldogs to  the 1980 Sun Bowl and 1981 Hall of Fame Bowl as a quarterback while earning a pair of NCAA Regional baseball appearances as an infielder on the diamond. Parenton later spent three years at MSU serving as a graduate assistant football coach and two seasons as assistant director for athletic facilities and game management.

A native of New Orleans, Parenton starred at Jesuit High School, where he earned 11 letters in baseball, basketball, football and track. He was chosen the school’s Athlete of the Decade for the 1970s.

Parenton earned his bachelor’s degree from Mississippi State in 1989 and is married to the former Shelia Cummins of Kosciusko, Miss.

As a Coach at UNF
Brooks has spent three seasons in the role of volunteer assistant coach and one season as a full-time assistant in 2022, helping UNF generate 10 all-conference student-athletes. Working predominantly with position players, UNF has had seven all-conference position player honorees since 2019, including the 2021 ASUN Player of the Year in Alex Kachler.

A middle infielder during his time as a student-athlete at UNF, the Ospreys have had three all-conference honorees at the middle infield position, including an all-freshman pick in Aidan Sweatt. Isaiah Byars earned first team all-league honors at shortstop in 2022, while second basemen Jay Prather (2019) and Sweatt (2022) picked up second team all-league recognition.

As a Player at UNF
The Alachua, Fla., accumulated countless conference and program accolades while in Jacksonville, finishing atop the career charts in a myriad of statistical categories.

North Florida baseball welcomed assistant coach Brady Bogart to its coaching staff in October of 2022. Bogart specifically serves as the pitching coach with the staff in this role.

Bogart, a familiar name for those that know collegiate baseball in Florida, has more than 30 years of experience working in the high school, collegiate and professional ranks of baseball.

His son, Austin Bogart, was a three-year letterwinner with the Stetson Hatters as a two-way player. He would join North Florida as a graduate transfer during the 2021 season, posting some impressive numbers on the mound, at the dish and in the field as UNF’s everyday outfielder and weekend starter.

“I am very honored and fortunate to have this opportunity to contribute as the UNF pitching coach. The UNF baseball program has a rich history in competing at a high level. I would like to thank Coach Parenton and the UNF administration for this opportunity. SWOOP!”

Bogart’s varied experience in the baseball world has seen him primarily work in the Sunshine State, while also sending him around the country to coach or play in independent and summer leagues.

The single-season ERA record holder at Saint Leo University, Bogart spent five years working with the Amarillo Dillas as the pitching coach and field manager. In 2008 he was a part of the 2008 United League Baseball (ULB) All-Star Game Coaching Staff. That same year he was named ULB Manager of the Year, an award he earned during the midst of a three-peat as league champions.

In addition to his professional and collegiate history, Bogart has produced a dominant 16-year tenure between time as the head coach at the Villages Charter High School and at Citrus High School. During those two stints, Bogart’s teams went 252-157, making two final four appearances, five regional finals while winning two regionals and five district titles. Mixed in during that time, Bogart has also accrued 12 years of travel ball coaching experience with Gatorball Baseball Academy.

Bogart played two years of junior college ball with Central Florida Community College before making his mark in two seasons at Saint Leo. He then played three seasons between time with the Sioux Falls Canaries, Mobile Bay Sharks and Abilene Prairie Dogs of the Northern League and Texas-Louisiana League respectively.

Personal Info & More
Brady Bogart has been married to his wife, Barbie, for 28 years. Together the couple has four children, all of which have competed or are currently participating in college sports. His son, Cody, graduate from Embry-Riddle Aeronautical University in 2018 and is a catcher. Their son, Garrett, is also a catcher at ERAU in Daytona Beach, Fla.

As mentioned early, Austin graduate from Stetson in only three years and earned his graduate degree at UNF while competing as a two-way player and starter for the Ospreys in 2021.

Their daughter, Carly, is a junior infielder for the Florida Institute of Technology softball program in Melbourne, Fla.

Email us
All of the camps are open to any and all entrants, limited only by number, age, grade level and/or gender.