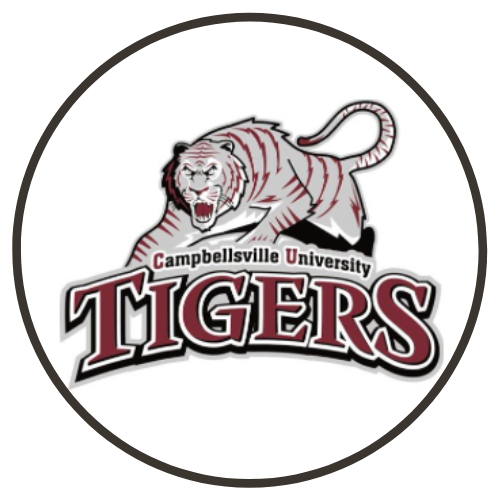 Will be held on campus at Campbellsville University Tiger Baseball Field.

Camp will consist of Player Evaluation plus Group Fundamental Instruction.

Campbellsville Coaches and regional college coaches will be providing instruction.

Each participant will receive an evaluation sheet.

Inclement weather: Camp will be moved to our indoor facility and artificial playing surfaces.

All Participants must have completed Liability Waiver Form.

Liability Waiver must be completed! 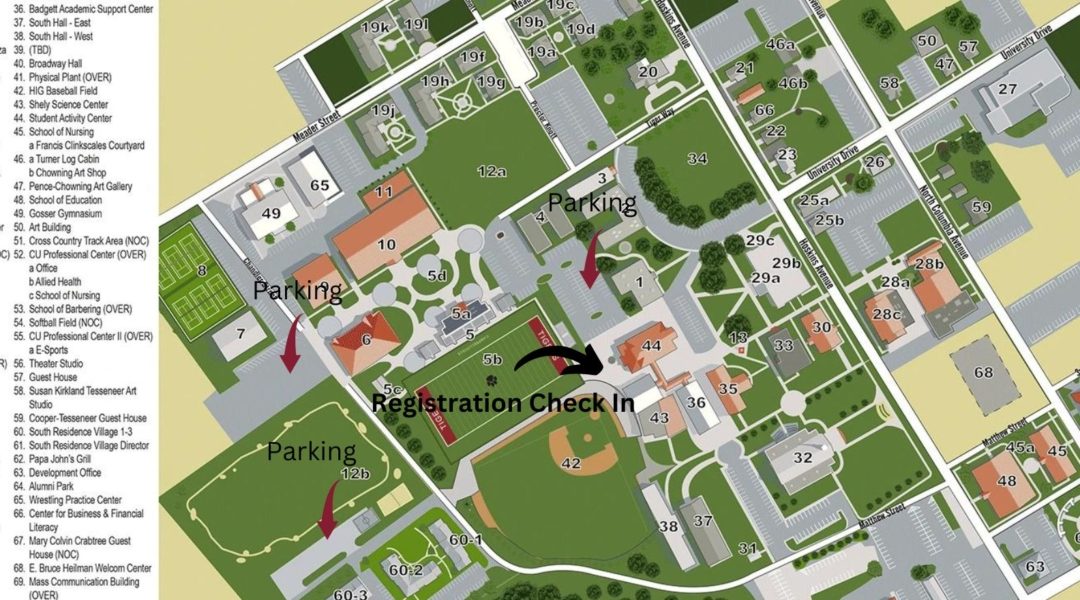 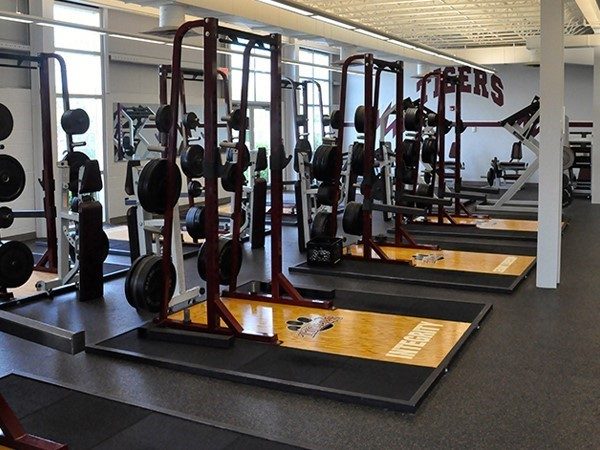 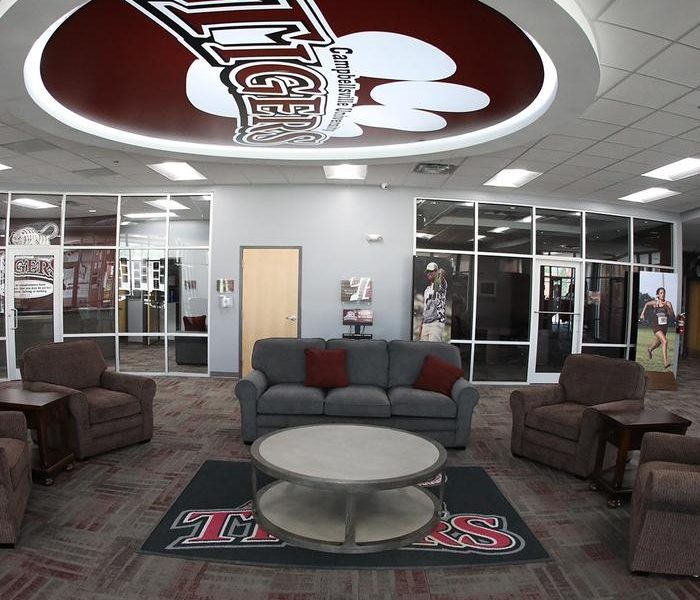 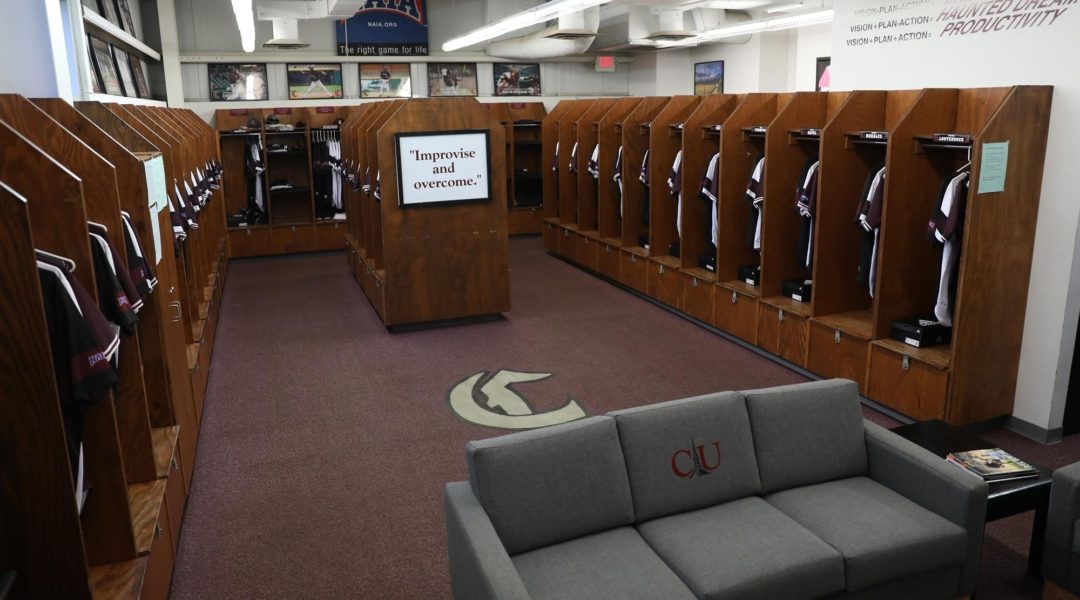 In 2022-23, Beauford Sanders enters his 33rd season at the helm of Tiger Baseball and is the active all-time wins leader in the state of Kentucky with a 985-649 record while at Campbellsville. He also serves as the Associate Director of Athletics under the direction of Jim Hardy. Sanders’ main responsibilities include game day operations and facility maintenance and improvements.

Before coming to Campbellsville, Sanders compiled a record of 268-247 (.518) at North Greenville Junior College (S.C.).

The 2019 season saw the Tigers finish third in the Mid-South Conference regular season but CU rallied in the tournament to sweep its competition and claim its 10th MSC Championship.

The 2018 season saw much success on the field, as the Tigers won their ninth Mid-South Conference Tournament Championship and hosted the NAIA Opening Round Championship in Bowling Green for the first time in program history. The Tigers were upset by Reinhardt in the Opening Round finals but earned an at-large bid to the NCCAA World Series.

At the NCCAA World Series in Easley, S.C., the Tigers won their first World Series title with a 7-6 win over Warner University. In addition, Sanders was named NCCAA Coach of the Year for the first time in his career.

In 2014, Sanders surpassed the 1,000 career win mark with a win over Cumberland University and most wins by an active head coach, Woody Hunt (1468-69-5). He is the second-longest tenured athletic coach in Campbellsville University history behind Hall of Fame basketball coach Donna Wise (33 years).

Sanders inherited a program that earlier in its history had been very successful during the 80’s under coach Danny Davis. But had regressed after his departure in growth, development and wins. Sanders had a vision to return the program to respectability and to expand in all areas. Through his journey, he has not only turned the program into a national power, he has made the program a desirable place to play for prospective student athletes.

Thanks to alumni and administration support, HIG Field has seen many upgrades over the past 12 years. Phase 1 and 2 of the maroon stadium seating were completed in the fall of 2012 and fall of 2018, respectively, which included 330 chair back seats.

Other upgrades include the addition of lights in 2010 and a quarter million-dollar renovation of HIG Field in 2008 that now has the complex fitted with state-of-the-art sunk-in dugouts, an underground media center and control room, and elevated seating that holds 1,000 fans. On top of the stadium improvements, the playing surface is professional quality. To go along with field improvements under the Sanders regimen, the baseball program has also seen the implementation of a pro-style club house/locker room that is fully loaded with over 60 open lockers and a lounge area. The club house is also equipped with cable television, coach’s offices, laundry services, a weight room, and it sits inside the Hawkins Athletic Complex. In 2004, the completion of the indoor training facility took place so the players may have a quality practice facility on cold or rainy days. The astroturf facility is 10,000 square feet, equipped with high ceilings, drop down hitting tunnels, and is big enough to do modified intersquads.

In the past 15 years, the Tigers have won 10 Mid-South Conference championships, including five straight Tournament Championships from 2005-2009. In the past 11 years, Sanders’ Tigers have been in five Regional Final games. In 2008, they were Regional Runner-up (one game from World Series berth); in 2009, won the Regional Championship, earning a berth to Lewiston, Idaho for the NAIA World Series; CU has also been one win away from Lewiston the previous four seasons – 2015, 2016, 2017 and 2018.

In 2013, Sanders led his Tigers to the first-ever birth to the National Christian College Athletic Association. Campbellsville won the Mid-East Regional and moved on to the NCCAA World Series where they placed 3rd. In 2016, CU was one game away from the NAIA World Series before falling to the Opening Round championship game to Point University. CU accepted its second bid to the NCCAA World Series at Prasco Park in Mason, Ohio and finished in fourth place.

Sanders has proven over the years that he and his clubs are no strangers to postseason competition. The Tigers have appeared in the postseason in every year but one in the 21st century.  In Sanders 29 years, the Tigers have appeared in 19 regional finals, winning one in 2009, and reaching the Championship game in 1996, 2007, 2008, 2009, 2010, 2015, 2016, 2017 and 2018Sanders has stressed the power of living a faith based life and striving to be a Champion of Character on and off the field. These five character values are the foundation of the Tiger program and they are prominently listed on wall of the locker room: Accountability, Responsibility, Reliability, Dependability, and Trust.

Known for his commitment to becoming a man off the field, Sanders has seen around 70 percent of his players, that reach senior status, graduate and many of those players have been selected as Academic All-Conference and All-Americans.  The goal every year is a team GPA of 3.0. The team also involves itself in community service projects, including visiting local nursing homes, Operation Christmas Child and Angel Tree organizations. The Tigers are also an integral part with Kid’s Spot in Campbellsville, Ky. Coach Sanders and the team hosts events each year to have less fortunate children on the field that also provides community outreach opportunities.

Sanders is well known not only in the Campbellsville community, but he is also very well known on the national level. From 2000 to 2002, Sanders served as the president of NAIA. He has also been inducted into two separate Hall of Fames: The Woodruff High School Hall of Fame, and the North Greenville Junior College Hall of Fame.

Before accepting the job in July of 1990, Sanders served as the head coach at North Greenville Junior College in South Carolina. Like the Campbellsville job, he had the task of building a program from scratch and became the all-time wins leader with 268 victories. During that time his teams captured conference titles in 1985 and 1989. The title in 1989 was the only regional championship in the North Greenville’s history. His final record at the helm of the Mounties was 268-247.

Coach Sanders has resided in Campbellsville, Kentucky for the last twenty-six years since accepting the job and he is originally from South Carolina. Off the field, Sanders is an avid hunter and fisherman. He is also the Assistant Director of Athletics at Campbellsville University. He married Barbara, July 30, 2011. Barbara is a nurse at Springveiw Medical Center in Lebanon, Kentucky and has two daughters Christina and Kari. Sanders also has three children of his own: Andrea Gribbins, Nathan Sanders and Neil Sanders and also has five grandchildren, Tyler, Trinidy, Drake, Dawson and Lennon Mae. He takes a great deal of pride in being a devoted family man and giving his players the best possible opportunity to grow as people on and off the field.

Randy LeBleu enters his 19th season as member of the Tiger’s coaching staff. LeBleu started as the graduate assistant coach of the program, before being promoted to full-time status in 2005. LeBleu’s primary responsibilities include working with the Tigers defense and offense.

He was the head volleyball coach at Campbellsville, from 2005-2009, where in his five years at the helm, the Lady Tiger volleyball team has compiled a 172-52 record.  They won two conference championship, one region title, earned the school’s first ever trip to the NAIA National Tournament in 2007, and in 2009 won the NCCAA National Championship (school’s 1st ever team National Championship).  He was named MSC Conference Coach of the Year in 2006 and 2008, and the NCCAA National Coach of the Year in 2009.

LeBleu has been on the baseball staff for 17 Mid-South Conference Championships since 2003 with nine tournament titles and eight regular season crowns. He also is the head member on the staff in terms of field maintenance of HIG Field as he works every day to make sure that it is one of the best playing surfaces in the NAIA.

While at Campbellsville, LeBleu has made his presence felt in more ways than one. Seeing that he is from Canada, he has helped to broaden the regions in which the Tigers recruit, bringing in 16 of Canada’s finest players in the last six seasons.

On top of his assistant coaching duties at Campbellsville, LeBleu has also served as a head coach at other locations, as well as serving as a Scout for the Atlanta Braves from 2000 to 2003. In 2003, LeBleu was the head coach for the Medicine Hat Mavericks of the Western Major Baseball League where his squad won the league championship in the team’s inaugural season.

LeBleu’s next coaching stop came in the Northwood’s Summer League where in 2005 he served as an Assistant Coach for the Thunder Bay Bordercats. In his lone year with the club, they won the league championship.

His most recent summer coaching stop has been in Campbellsville, where he has been the head coach of Campbellsville American Legion Post 82 from 2006-2007. In 2007, LeBleu’s team went on to win the Kentucky State Championship.

LeBleu also served as a guest coach for the Toronto Blue Jays during spring training in 2000. On top of that, LeBleu was named Canadian Coach of the Year in 2000.

Before getting into the coaching ranks, LeBleu made two stops in his college playing career, first at UND Lake Region Junior College, and he finished up at Mayville State.

As a student, LeBleu graduated with his bachelor’s degree in business from Mayville State, before earning his Masters Degree from Campbellsville in the same field back in 2005.  Before coming to Campbellsville, LeBleu coached Team Manitoba in Canada, and also was an assistant coach at his alma-mater, Mayville State.